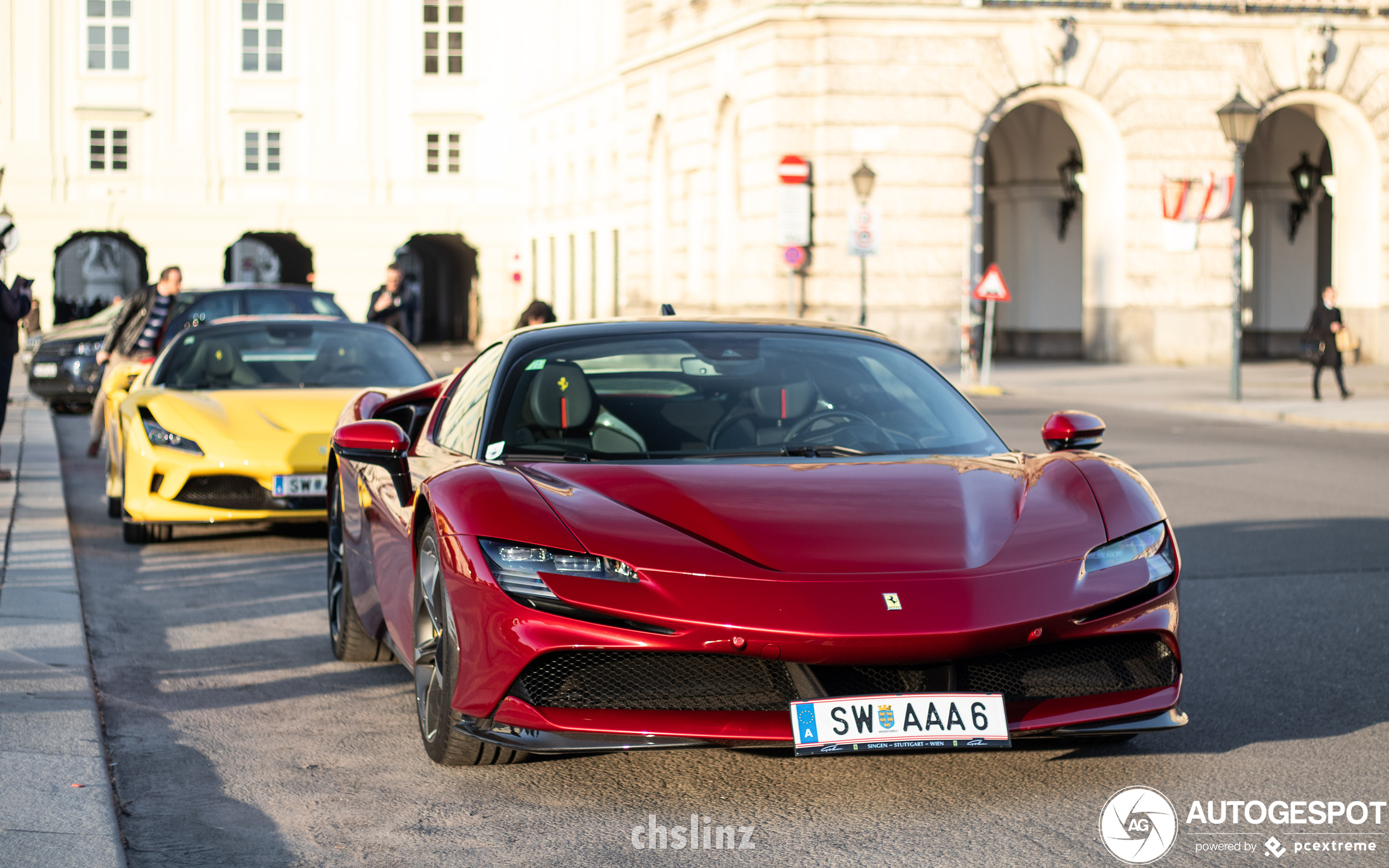 I finally saw this beauty! At first I wasn't a big fan of the SF90 but this car changed everything. Rosso Fiorano, black roof and the diamond cut forged wheels make this car easily my favourite in this gentleman's profound Ferrari collection. It's been seen driving around town for over a month already but I managed to miss it everytime until today when it was joined by a F8 Spider from the same owner and the clean Pista I uploaded recently.

Enjoy all the benefits of creating an account with Autogespot Premium! With this (paid) subscription you get access to almost a million spots, you can vote in the Spot of the day competition, set-up alerts and off course upload spots! Autogespot Premium is free for spotters with over 25 spots.